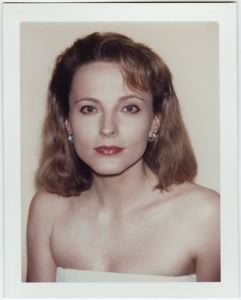 Mrs. (Ann) Moss is originally from Salt Lake City, Utah. She is married to Jerome âJerryâ Moss (1935- ), an American recording executive and the co-founder of A&M Records with band leader Herb Alpert. Based in Santa Monica, California, the Mosses have been involved with breeding and racing thoroughbred horses for over 30 years. In 2005, their racehorse Giacomo won the largest-ever first-place purse at the Kentucky Derby. Mrs. Moss is also an active environmentalist and the founder of the Dolphin Connection Foundation.

Your current search criteria is: Objects is "Moss, Mrs.".