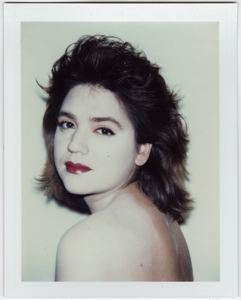 Gabriella Buontempo (1966- ) is an Italian actress and movie producer, who worked as an assistant to Lina Wertmuller in the late 1980s. She established her own film production company called Goodtime SRL. Her aunt, Graziella Lonardi Buontempo, was a prominent contemporary art collector who founded the Incontri Internationali dâArte in Naples in 1970, and who also had her portrait done by Andy Warhol. Gabriella Buontempo began working with the Incontri Internationali dâArte in 1990, and she succeeded her aunt as Secretary General of the organization in 2011. She was married to Italian politician Italo Bocchino from 1995 to 2011.

Your current search criteria is: Objects is "Buontempo, Gabriella".