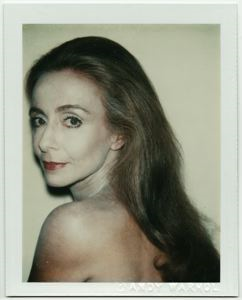 Lyn Revson (1931?â2011) was the wife of Charles Revson, founder and chief executive of Revlon cosmetics company. She was part of New York Cityâs elite social scene, often appearing in society columns such Cindy Adamsâ âLadies Who Lunchâ in the New York Post. She published a book in 1997 entitled Lyn Revson's World of Style: How to Join It and Live It. Warhol described working on Revsonâs portraits in his Diaries:

Lyn Revson called and said she loved the portrait but that her cheekbones looked too fat. I knew sheâd be trouble. (June 10, 1981)

Your current search criteria is: Objects is "Revson, Lyn".