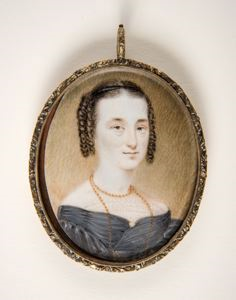 Miniature Portrait of a Lady with Necklace